Doctors appear to be unanimous: a wave of influenza is rolling in and is particularly early this year. Thousands in France and Austria have already come down with a flu virus, and in Germany the number of flu cases recorded by the Influenza working group is growing by the week. Alongside a vaccination, traditional tips such as washing hands, keeping your distance and strengthening the immune system can help – but their protective effect is limited. After all, up to 20,000 liters of air flow through our lungs each day.

1. What really gives flu viruses a free reign in winter

The fact that viruses spread so quickly in winter in particular is not down to the cold, but rather the low relative humidity in rooms – primarily caused by strong heating in increasingly airtight buildings, often exacerbated by unsuitable or incorrect ventilating habits. This not only dries out the mucous membranes and makes them more susceptible, but the germs spread by sneezing and coughing also spend longer in the air. Why? The micro-droplets carrying germs that cause illness, known as aerosols, evaporate in the dry indoor climate and lose 90% of their water content. Salts contained within them crystallize and conserve the viruses, allowing them to float through the air as tiny infectious particles. In open-plan offices, airports or buildings with air-conditioning systems in particular, they can cover large distances in this way. If they are breathed in and moisturized by the mucous membranes, the salts dissolve again and the germs can become active. This is known as an aerogenic infection.

2. Why we rarely catch a cold in a museum

In order to protect works of art against deterioration, many museums use modern air-humidifying systems. Rooms with exhibits therefore enjoy an optimal relative humidity of 40 to 50%. And that not only has a positive effect on the exhibits, but also the museum visitors. This is because the risk of aerogenic infection is reduced as of a relative humidity of 40%. à See Scottfield/Sterling diagram

3. Why cooking at home can be good for the respiratory system

Breathing, sweating, cooking, showering and hanging washing to dry – a four-person family can produce around 12 liters of moisture a day, and make a positive contribution to the indoor climate in the process. However, a lot has changed in the last 50 years. Ready meals, tumble dryers, electric devices and fewer inhabitants per square meter mean that the air within rooms is also changing. In warm periods in particular, the relative humidity can quickly drop below 20%. Nevertheless, the air always strives to reach 100% saturation. If it is lacking in moisture, it can make use of people as a source of more. The respiratory system and skin become increasingly dry.

4. How increased air humidity can even protect against mould

The idea that mould in living areas can simply be dried out by increased heating is a widespread fallacy. This is because the requirement for the formation of mould is long-term undershooting of what is known as the dew point on interior walls. That means: if the interior wall is cold (e.g. due to poor insulation and/or thermal bridges), water condenses when the atmospheric temperature is below the dew point. Masonry that is wet from condensation is ideal sustenance for mould. Relative humidity is less significant, as mould fungi do not take moisture or nutrients from the air. On the contrary: a desert-like indoor climate of 20% can even foster the spore production of many types of fungus, as a kind of survival strategy. At the same time, tiny spores can spread more effectively in dry air. They swirl around, are dispersed and can thus enter the respiratory system. At a higher relative humidity between 40 and 60%, the volume of fungus spores increases. They fall to the ground faster and thus find it harder to make it into the respiratory system.

According to the saying, ‘Sleep is the best medicine’, and it has been proven that sufficient night-time rest has a preventative effect. But difficulty in falling asleep or sleeping through the night is widespread. Overly abundant meals, irregular bedtimes or psychological strain can have a serious adverse effect on sleep quality. One of the major disturbing factors is an overly warm and dry indoor climate in the bedroom. That is why sleep researchers recommend the formula 50-17-30. That means: the bedroom should have relative humidity of 50%, a room temperature of 17°C and a temperature of 30°C under the duvet. This increases comfort at night – for restorative and, above all, healthy sleep.

6. Why plants are not enough to improve indoor climate

A water bowl on the heating, an indoor fountain or plants with foliage – there are many home remedies that can be used to improve the indoor climate. And there is nothing wrong with them in principle. However, their effect is limited. If, in the cold season in particular, the relative humidity is under 20%, these methods are not enough to bring the level up to a healthy 40 to 60%. But there are professional technological solutions available: Condair offers humidifying systems worldwide that ensure optimum air humidity in locations such as offices, call centers, showrooms and museums, among others, and therefore a healthy indoor climate at home and at work.
Back to the News overview 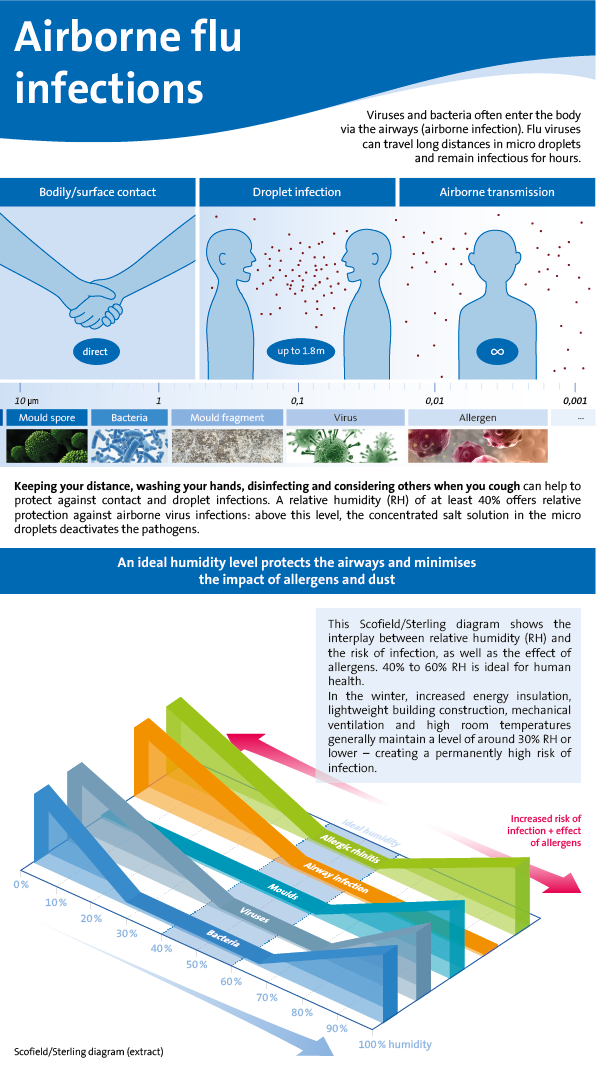 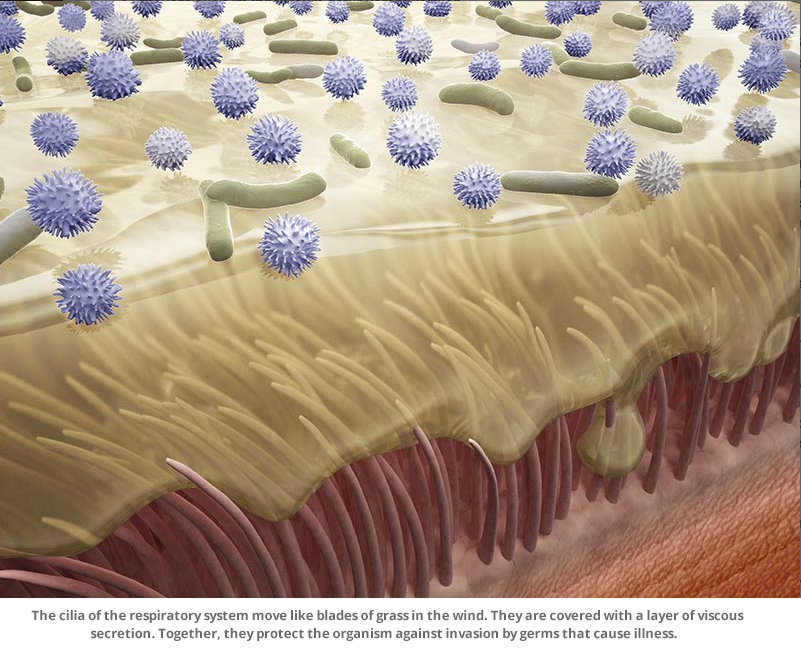